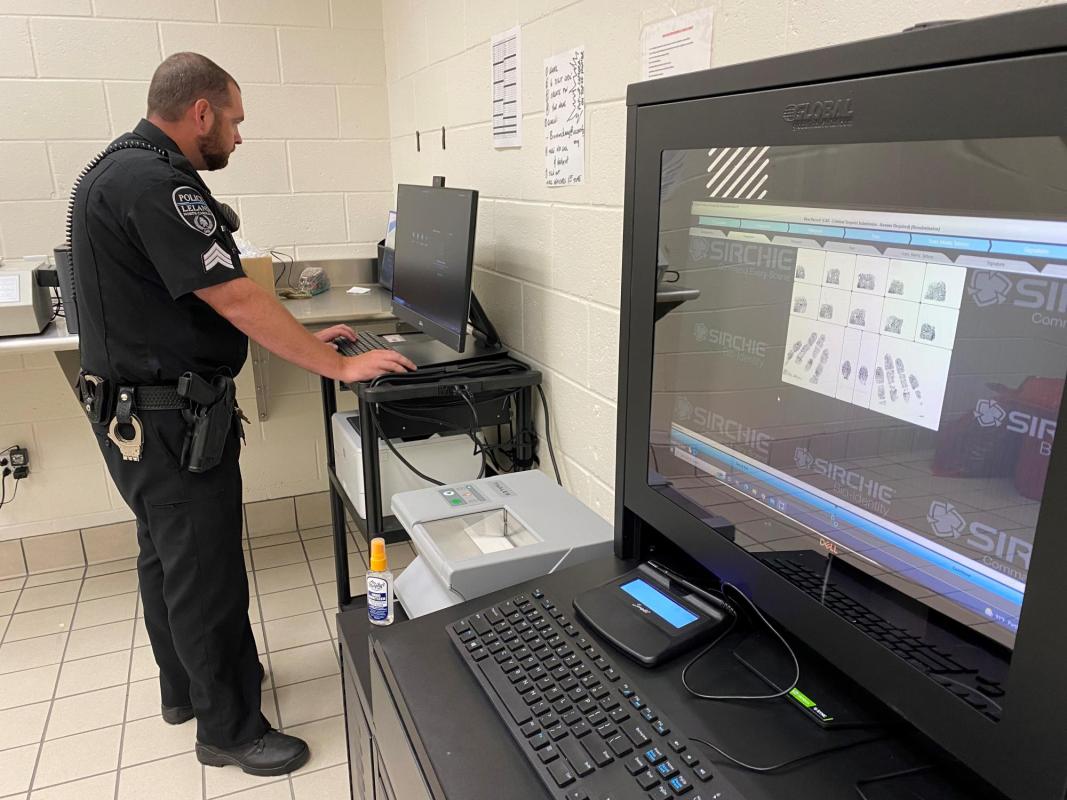 The Leland Police Department has implemented new technology to simplify the arrest process, allowing officers to better serve the community.

The technology consists of the Video Magistrate System, an Automated Fingerprint Identification System, and an Intoximeter. These items mean that officers can fully process someone who’s been arrested in-house, rather than making trips to and from the Brunswick County Sheriff’s Office in Bolivia.

The most significant component of this new technology is the Video Magistrate System. This software is a secure network that allows officers to appear in front of a judicial official to obtain necessary processing paperwork, like arrest warrants, Magistrate’s Orders, or involuntary commitment paperwork. It also enables them to bring a suspect before the magistrate for the service of a process.

“During the height of COVID, the Leland Police Department looked for ways to minimize exposure and risk to officers while not sacrificing service,” Chief Jeremy Humphries said. “The Video Magistrate System was identified as one way to help accomplish that goal.”

Leland’s implementation of the Video Magistrate System has prompted other area agencies to look into this technology as well.

The Video Magistrate System is a great addition to space in the Leland Police Department now dedicated to an Intoximeter, where officers can process breath tests for DWI cases. The Town further saw the need to incorporate an Automated Fingerprint Identification System, which allows officers to fingerprint someone who’s been arrested and submit those prints to the state digitally.

“This new technology keeps our officers inside Town limits when possible, which not only saves fuel but also allows them to return to patrol sooner and better serve their community,” Chief Humphries said.

The Leland Police Department is thankful for the many partnerships that made this project possible. The Forensic Alcohol Branch provides and services the Intoximeter, Superior Court Judge Jason Disbrow and Chief District Court Judge Scott Ussery approved the agency and the magistrate’s office to receive the secure network from the Administrative Office of the Court, the Brunswick County Sheriff's Office has been working with Leland staff on this change, and District Attorney Jon David’s buy-in with adding the Intoximeter helped kickstart the entire process.